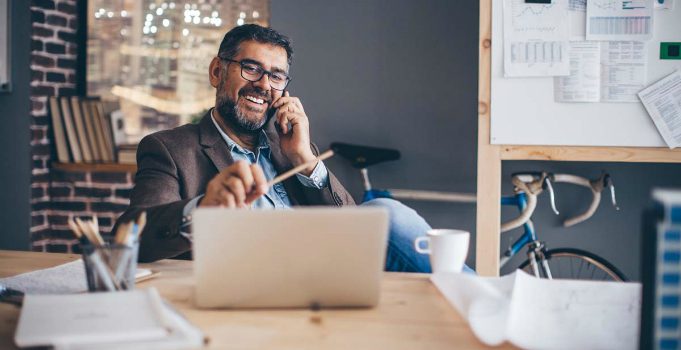 It was a game-changer when first introduced, but the curtain is about to come down on 3G, with 5G ready to step up as the defacto network of choice for the majority of people. And businesses and individuals need to be aware and prepared.

The third generation of wireless mobile telecommunications technology first appeared in the UK way back in 2003, so it’s had a good inning. Technology and customer demand marches on though, so when Vodafone was the first to acknowledge its plans to switch off 3G at some point in the next two to three years, nobody could have been shocked.

Ironically, its predecessor looks set to outlast it. 2G still has a place for multiple reasons, such as still being needed in some rural areas, its use as a low-power back-up, in Smart meters and in other Internet of Things (IoT) and machine-to-machine (M2M) services.

For 3G though, we’re entering the endgame and even though the amount of purely 3G users is comparatively negligible these days, there will still be customers out there who will be forced to switch up to the 4G service.

And as that march of technology continues, 5G is about to become the new norm.

Make no mistake, this is going to be every bit as revolutionary as its predecessor was before it. It’s easy to forget just how much of an impact 4G made on so much of our daily lives, but you just need to look at the rise of smart buildings, remote working and services like Netflix, Uber and the various social media platforms to be reminded of how it has transformed business and home life. These seismic shifts were a result of maximising the potential of what 4G could offer and the companies that saw the way the wind was blowing first were able to get the most out of it.

That’s why there’s so much potential to be mined from 5G, as it will be the next driver of change, not just in technology, but in our very culture and ways of life.

Our energy consumption could be made more efficient with the adoption of smart grids, manufacturing could be overhauled by smart factories using artificial intelligence, augmented reality and the Internet of Things.

Retail analysts are predicting a boom in VR dressing rooms in stores and AR experiences in the home, with development spending expected to be pushing £46billion by the start of 2021.

Even the daily commute or school run could be completely overhauled with cars all connected to traffic lights, roadworks, bus stops and more as smart towns and cities emerge.

There is yet another brave new world on the horizon and while it is not without its concerns, the opportunities are there for the taking for businesses who have the vision to anticipate them.

Having the right communication tools in place is vital to any business wanting to provide the best customer service possible, at all times. To discus your company’s requirements and how Exchange Communications can help, call us on 0800 008 7600 or visit www.exchangecommunications.co.uk

Next Post: How to make Bring Your Own Device Work in the Workplace

We use cookies to ensure that we give you the best experience on our website. If you continue to use this site we will assume that you are happy with it.OkPrivacy policy